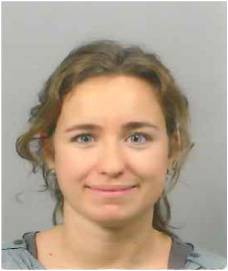 Recently, the NRS awarded me with a travel grant and thereby gave me the opportunity to participate in the meeting of the Dutch Pediatric Respiratory group (Sectie Kinderlongziekten, SKL) to the university hospital of Basel, Switzerland (head prof. Urs Frey). This meeting is held every 2-3 years in collaboration with another European Pediatric Respiratory group to exchange both scientific and clinical knowledge and to explore opportunities for future research collaborations. This year’s meeting in Basel was in collaboration with Swiss Pediatric Pulmonologists, Neonatologists, Radiologists and Microbiologists.

Part of my PhD project focuses on early markers for the development of bronchopulmonary dysplasia and I was invited to present my research on ‘The role of Sphingolipids in the development of Bronchopulmonary Dysplasia'. The discussion during the meeting gave me some new perspectives on the statistical analysis and clinical interpretation of our data. Also Swiss research regarding the use of Proendothelin-1 as an early blood marker for Bronchopulmonary Dysplasia was presented. We had an useful discussion regarding the implications of our data and explored possibilities for future collaborations.
Furthermore, during the last part of my PhD project I will focus on the clinical follow up of severe BPD patients and the respiratory complications. We will investigate both lung function at the age of 6 months by means of lung clearance index (LCI) and polysomnography measurements and structural abnormalities by means of chest computed tomography (CT) imaging. During this meeting I personally learned a lot about the interpretation, advantages, but also about the possible drawbacks of LCI measurements. Furthermore, I explored the possibilities of functional chest MRI imaging for the quantification of both ventilation and perfusion, an interesting technique also for imaging of severe BPD patients since vascular and alveolar development both play an important role in the pathophysiology of this disease. In addition, the interaction with Elianne Vrijlandt, Pediatric Pulmonologist from Groningen, and an expert in the field of clinical follow up of preterm born infants was very valuable and has led to possible future collaboration.
Also, all other presentation were very interesting and broadened my view. For example, the presentation regarding the lung microbiome encouraged us in our ideas to also investigate the role of the lung microbiome in the development of BPD.

Overall, during this meeting the mutual interest in several research fields was acknowledged and we had extensive interesting discussions after every presentation, contributing to the scientific level of this meeting. In conclusion, attending this nice meeting gave a new impulse to the last part of my PhD project.