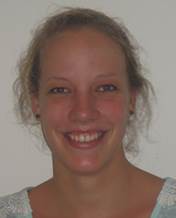 From the 25th of September until the 28th of September, I visited the annual meeting of ASTRO (American Society for Radiation Oncology) in Boston. During this meeting I had the opportunity to present my own research: survival prediction of non-small cell lung cancer (NSCLC) patients using quantitative features (radiomics) derived from cone-beam computed tomography (CBCT) images. After the presentation all presenters had the possibility to discuss our study with other presenters and with the audience. There were quite some interesting questions and we had good discussions.
Besides my own presentation, many interesting talks and presentations were given during the meeting. Subjects were very diverse, which made it possible to deepen and broaden my knowledge. There were some general talks about the value of radiation therapy in oncology. Moreover, there were educational sessions about familiar subjects in the radiotherapy, for example IGRT (Image Guided Radiotherapy), SBRT (Stereotactic Body Radiation Therapy) and how to deal with motion due to breathing before and during treatment, which is very applicable for lung cancer patients. Furthermore, I attended an ePoster session about ‘lung’, which included many interesting talks about outcome prediction, toxicity and better treatments leading to improved survival. Many talks were given about ‘radiomics’, for example to be able to distinguish between scar tissue and tumor recurrence after SBRT treatment for lung cancer patients, to better be able to decide between controlled follow-up or resection. To conclude, in those four days I visited many good presentations and followed very interesting discussions. I thought the ASTRO was a very educational and interesting conference!