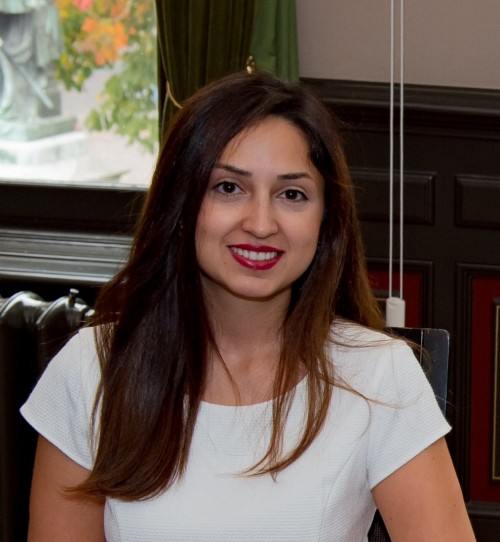 The 33rd international conference on pharmacoepidemiology and therapeutic risk management was held in Montreal Canada. One of the most interesting and exciting things during the conference was the interaction between researchers with different background. Pharmacists, physicians and biostatisticians active in the field of (pharmaco)epidemiology gathered together to discuss and help each other and their colleagues on different topics and problems in their research. I attended sessions that were mostly about diseases (especially respiratory diseases) and their epidemiology. In pharmacoepidemiology, pharmacy dispensing data are one of the most used datasets. However, indication of use is usually not registered in pharmacy dispensing data and since drugs for obstructive airway diseases are used for both chronic obstructive pulmonary disease (COPD) and asthma, this approach can be problematic. During the conference researches showed that it is now possible to distinguish between asthma and COPD based on patient and treatment characteristics using a validated algorithm. Furthermore, since in mostly pharmacoepidemiologic studies administrative databases are being used, it can be difficult to measure asthma control. However, it is often crucial to measure asthma control in pharmacoepidemiologic studies and it is important to develop an index of asthma control to different groups of patients separately. Usually information on emergency department (ED) visits, hospital admissions due to asthma and medication use are available in these databases. In this conference, I learned that researchers have developed a four category asthma control index in asthmatic children using information from administrative health databases. Furthermore, they have validated the pharmacoepidemiologic pediatric asthma control index (PPACI) in a study including pediatric asthmatics visiting a tertiary care center. This index can be used to assess asthma control in children and young adults in studies where clinical data are not available. Some other presentations were focused on antibiotic use in asthmatic children compared to non-asthmatics. Data from the UK and Netherlands showed that in both countries, use of antibiotic was higher in asthmatic children compared to children without asthma. During the discussion I realized that there were concerns about misuse of anti-biotics and microbial resistance. Furthermore, the influence of early life antibiotic use on the risk of asthma development  in children was discussed during the pediatric pharmacoepidemiology sessions and the results of the influence of early life antibiotic exposure on asthma exacerbations were inconsistent.

Another interesting session during the conference was about poly-pharmacy and the comorbidities. In adult asthmatics, cardiovascular disease is a common comorbidity. However, there is heterogeneity in clinical guidelines regarding  the use of cardio-selective beta-blockers in asthmatic patients. There results of the a study assessing the risk of asthma exacerbations in patients using beta-blockers showed that these medications were not associated with a significantly increased risk of asthma exacerbations suggesting a favorable benefit-risk balance when strongly indicated.

I had my presentation on Monday. First, I presented my supervisor’s project entitled ‘Genome-wide association study of asthma exacerbations in European children treated with ICS’  since she could not attend the conference and then I presented my own project entitled ‘17q21 gene variance and the risk of exacerbations in asthmatic children treated with inhaled corticosteroids: a meta-analysis in the multi-ethnic PiCA consortium’ during the pediatric session. Both projects focus on pharmacogenomics of asthma in children. During the first talk, I presented the results of a meta-genome-wide-association-study (meta-GWAS) that we performed in studies participated in the world-wide Pharmacogenomics in Childhood Asthma consortium (PiCA). GWAS is an unbiased approach to identify novel genetic variations associated with the trait of interest. We performed this study to identify genetic markers associated with exacerbations despite inhaled corticosteroid  (ICS) use in children and young adults. In my second talk, I presented the results of several meta-analyses that we performed in PiCA to investigate the association between a genetic variation located in the 17q21 locus and asthma exacerbations in children treated with ICS. I received questions about presence of a reference population after both presentations. It is important to know that in these pharmacogenomics studies we have compared responders to non-responders and patients without any exacerbations in the last 12 months were considered as the reference group. Since we are investigating the treatment response, we do not need to include non-asthmatics in the study. Furthermore, I received a question about time of the blood or saliva collection for genotyping. Since genetic profile of an individual does not change by time, the time of the genotyping does not matter in pharmacogenomics studies.

Overall, this conference was a very nice experience for me. I had the chance to talk to many people with different scientific backgrounds and asked questions about statistical methods that I have used in my studies from biostatisticians. Furthermore, I attended the Special Interest Group (SIG) meeting on pharmacogenomics/biomarker on Tuesday. In this session we talked about the future of precision medicine in ICPE.